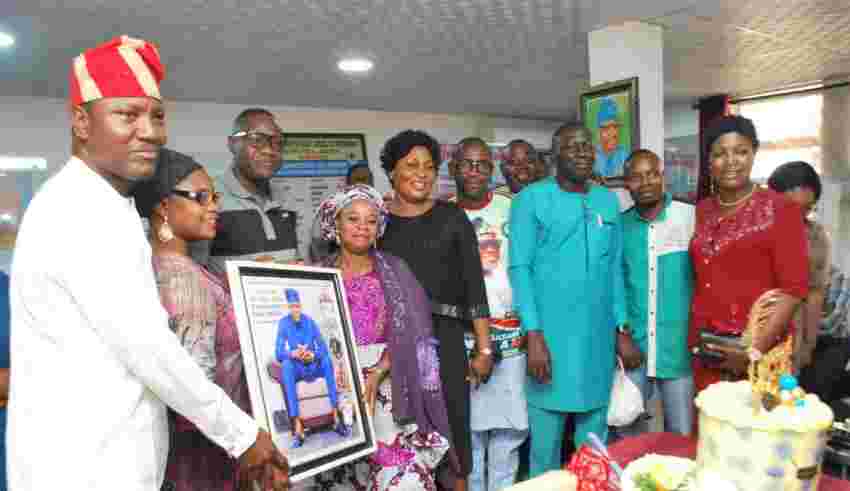 At the event held at the Chairman’s office, Mapo, Ibadan, the Executive Chairman, Hon. Emmanuel Oluwole Alawode said his administration decided to celebrate Hon. Ige is based on the fact that he was one of his predecessors who has contributed immensely to the human and infrastructural developments of the local government while in office.

Alawode said that to him, Hon. Ige is worth of 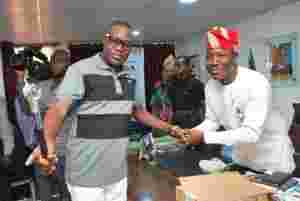 being celebrated because of the fact that he is indeed loved by his people and did a lot in impacting the lives of the people, wiping their tears and has continued to make others happy even at the expense of his own comfort.

According to him, “when I came into politics, one of the few people that have motivated me to think of doing good to the people, to think of changing the lives of others in my local government is Hon. Akeem Ige. 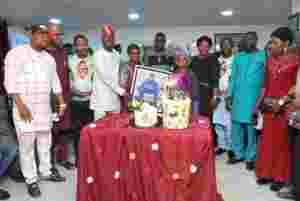 When I came in as the Chairman of this council and looked at the list of the past chairmen, I realized that there was a man that was returned three times and that is Hon. Ige. To me that speaks volume; that talks about a man who knows his duties, a man that is highly respected by all. There has never been a time he steps into this local government without being hailed. I now sought to know why people love him this much and I was made to understand that a reasonable percentage of staff that are here today were employed by him which means he has touched lives.

When he came in as Chairman for the first time obviously he must have thought about the day he was going to leave office but even when he left, his people returned him, and he left again and they still returned him. So when I found myself to have been elected as the Executive Chairman I have been thinking of how I am going to beat his records in terms of achievements and probably coming in for the fourth time to surpass his tenure.

So I thought within myself that he is our hero that needs to be celebrated while alive. There are some of the Chairmen whose names appear on the list. I will never be part of those who will celebrate them because of all I have heard about them. I know after this programme people will begin to say Alawode has declared his support for Hon. Ige, I don’t care what anyone says. I am a man who will speak in the rain and back it up in the sun.

These people would have forgotten that Hon. Ige has one time sat on this chair as the Chairman of Ibadan South East Local Government and so if I am privileged to be here today, it is my duty to celebrate my boss, the one who was here before me. I am celebrating a man who has achieved a great deal and became very relevant even now that he is the Special Adviser to the Governor on Culture and Tourism. I pray to God that you will live long and this year’s celebration will not be the last. God knows what he has prepared for you and he will definitely take you there.” Alawode enthused.

Also speaking at the event, the Chairman Nigerian Association of Technologists in Engineering (NATE), Oyo State Chapter, Engr Musa Busari-Akere also described the celebrant, Hon. Ige a humble, kind-hearted and down to heart politician who has never looked down on any of his peers, friends, classmates or colleagues.

Engr Musa represented the Electrical/Electronic old students of the Polytechnic, Ibadan, 2002 set at the occasion.

Others who extolled the virtues of Hon. Ige at the event include the Gbonka Iyalode of Ibadanland, Chief (Mrs) Bolupe Aramide from the United Kingdom (UK), Mr Oriyomi Wasiu Bello, the Coordinator of Ige Again in Germany, Alhaji Tajudeen Muideen Ayobami, Chief Executive Officer TAM Oil, Alhaja Yinka Adetunji, Mr Rasaki Olubode all testified to the humanitarian lifestyle that Hon. Ige is living

Responding, Hon. Ige thanked the Chairman and members of staff of Ibadan South East local government for the honour accorded to him, adding that the programme was first of its kind ever organized by the council Chairman for his predecessor.

Ige who recalled that he enjoyed maximum support of the career officers during his tenure as the Chairman, however, called on members of staff to extend the same cooperation they gave him to Hon. Alawode who he believe is passionate to perform even better than him and other predecessors in office in all ramifications.

The highpoint of the event was the presentation of awards to the celebrant by the representatives of the Nigeria Union of Local Government Employees (NULGE) Oyo State chapter, representatives of corps members serving at the State Secretariat, Ibadan and the old students association of the Polytechnic, Ibadan, Electrical/Electronic department 2002 set.