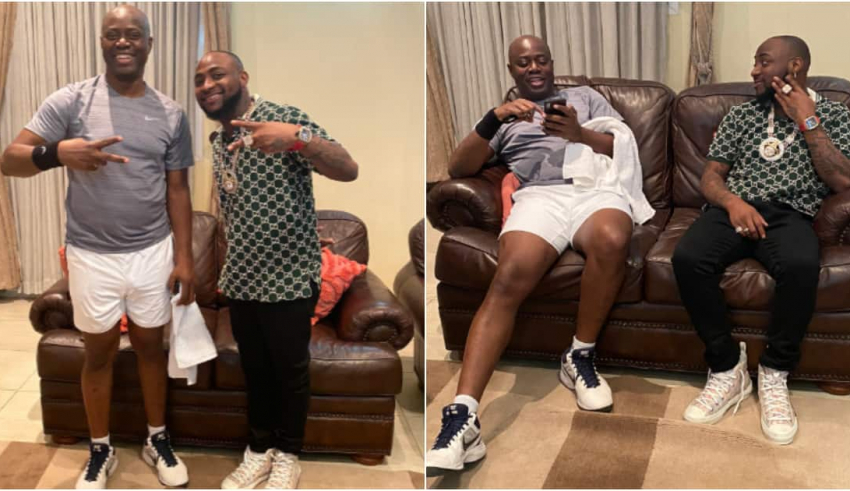 The singer, whose uncle, Senator Ademola Adeleke, was running for the position of Osun governor under the PDP ticket, made this known on his Twitter page.

He wrote, “It has been brought to my attention that certain individuals have imported thugs and their machinery to our dear state to intimidate delegates. I would like to reassure Imole supporters and All Adhoc delegates that there is nothing to fear.”

Imole supporters, in this context, referred to Senator Adeleke’s loyalists in the forthcoming Osun state election.

This comes shortly after Adeleke’s supporters accused the governor of Oyo State, Seyi Makinde, of meddling with the affairs of Osun PDP.

A fan, who replied to Davido’s tweet, said, “Just mention the person with your full chest. ‘Seyi Makinde’.”

Affirming that he was referring to the governor, the music star tagged the Governor to his post.

Davido continued, “I appreciate the fact that great PDP members are resolute and have trooped out en-masse to defend the process.

“In the Imole camp, all we want and are clamoring for is a free and fair ad-Hoc congress election.

“We believe in the national leadership led by Distinguished Senator Ayu under whose leadership the adhoc congress is being conducted, to do a thorough job that represents the wish of the Adhoc Delegates and pdp members in Osun state @OfficialPDPNig.”

Reaffirming his point, the singer added, “Adagunodo Of Osun PDP, respect the court! You all have started this nonsense again in 2022. I will cast any goddamn soul! Free and fair elections are what we want! Imole de! (Light gas come).

“It hurts. A certain politician that I love with all my heart and look up too so much is the one trying to f**k us up but with God, nothing dey sup! Imole de!”

Rick: Very interesting information!Perfect just what I was searching for! My webpage;...