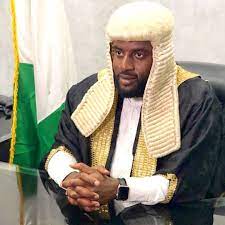 Following the transmission of 44 constitution alteration bills to state houses of Assembly in Nigeria by the National Assembly, the Speaker, Oyo State House of Assembly, Hon Adebo Ogundoyin has appealed to his colleagues across the country to work carefully and diligently on the alterations to ensure the task is accomplished perfectly and in no time.

The Oyo Speaker gave the charge while addressing the First Quarter General Meeting of Conference of Speakers of State Legislatures in Nigeria held inside the IITA, Ibadan Oyo state.

According to him, the most important assignment before the various State Houses of Assembly at the moment is the 44 Constitution amendment bills.

” The present review of the Nigerian Constitution, the fifth since the document came into effect in 1999, is an important endeavor which will be taken seriously and given all the attention it deserves hence we have set ball rolling.

” Our various Houses of Assembly have by now received 44 Alteration Bills approved for review by the National Assembly. Our inputs are pivotal and crucial as two-thirds or 24 out of 36 State Houses of Assembly must vote and approve the amendments before they are forwarded to President Muhammadu Buhari for assent.

” My joy is boundless because Nigerian Legislature is poised to play its part in bringing to fruition the agitations of millions of Nigerians on the need for constitutional review. ” Oyo Speaker said

Hon Ogundoyin noted that the conference afforded the Speakers the opportunity of discussing the alterations and x-raying and gaining more knowledge about emerging issues there from.

He expressed optimism that all hope is not lost on those proposed amendments not approved by the Special adhoc committee of the National Assembly, adding that there would always be another opportunity for another set of review in future.

The Oyo Speaker appealed to all groups and associations that want some sections modified in the 1999 constitution to continue the struggle and clamour until a people oriented Nigeria constitution is achieved.

zorivare worilon: I liked as much as you will obtain performed proper here. The caricature is attr... 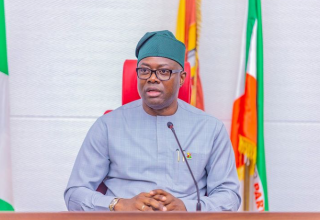 Oyo State Governor, ‘Seyi Makinde, has described the death of a former diplomat and …