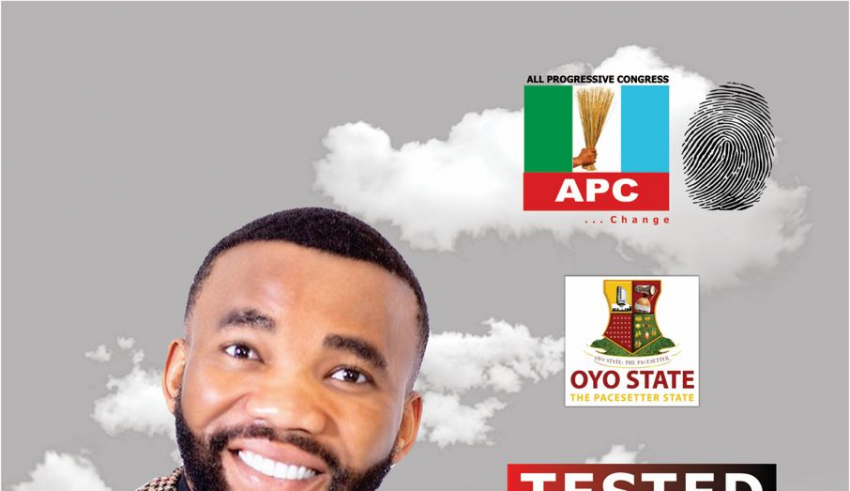 The candidate vying for the seat of Oorelope constituency under the All Progressive Congress (APC), Hon. Jimoh Adisa Olabisi, popularly known as JAO has reaffirmed his confidence to win the coming general election in 2023.

Hon. Adisa, in an engagement with Ibadan Media correspondent, on Monday, said, it is not just because he has money to spend but looking at his record and what he has achieved in the Oorelope constituency, he is not only the most favorable candidate to represent APC on the ballot paper but most sellable, competent and qualified at the coming general elections to represent the good people of Oorelope at the Oyo State House of Assembly.

“Of course, we are confident to win the general election, not just because we have money to spend but when you look at our record and what we’ve achieved in the last few years and how carefully we handle the party situation in our constituency, that alone has given us the chance. Some of which is the renovation of the general abattoir in our constituency where we spent millions of naira there just in support of our community and aside from that we organize debate for the secondary school students where we give out a brand new laptop, IPad, and  Android mobile phone.

“Also in the education sector, we enroll more than twenty (20) students in the just concluded JAMB, Make donations of teaching materials to schools in Oorelope, these and more are the visible achievements that give us the belief that we are going to win at the poll.”

When asked about the rumor that, the APC leaders in the state are planning to take the ticket from him and give it to another person, Adisa said, such can never happen because he already won the primary ticket to represent the party at the general election.

While reacting, Adisa said, “No! I don’t want to agree to that, because I told you earlier that it is just a rumor, after I won at the primary and fill all the necessary INEC forms, I’m sure that’s not going to happen at my party and if at all it’s going to happen, the party leaders will call me to a meeting, not something that you Journalists will start pushing out but believe me is just a rumor.”

“Let me also add that Sen Teslim Folarin is a good person, you can trace back some of his achievements within his senatorial district, he has a good record and for him to have emerged as the governorship candidate is our Joy because he’s going to take our state from the opposition party who are running the state like it’s their personal business.”

“I so much believe Oyo State will be great again and all our votes in the Oorelope constituency will go for Sen. Teslim Folarin. We are really ready to work with Sen. Teslim Folarin, I and my other candidates have a forum where we deliberate on how we can deliver to Sen. Folarin.”

He, therefore, enjoined all APC members and the people of his constituency, the Oorelope constituency, to remain positive and prayerful for a greater community, he also charged them to register and get their PVC because that is the only way to elect the representative of their choice.