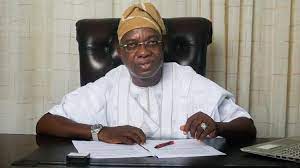 Oyo State Deputy Governor, Engr. Rauf Olaniyan, resumed at his new office at the State Ministry of Environment and Natural Resources, on Tuesday June 21, 2022, saying; “It is still the office of the deputy governor. The office is very okay. I can work from anywhere.

Olaniyan’s resumption at his new office is in compliance with a letter dated June 17, 2022, signed by Secretary to the State Government, Mrs Olubamiwo Adeosun, conveying approval of Governor Seyi Makinde that the office of the deputy governor be relocated to the Ministry of Environment and Natural Resources.

Speaking with journalists at his new office, Olaniyan said the office change did not affect his functioning as deputy governor, adding that it was incumbent on him to comply with the directives of constituted authorities.

He downplayed insinuations of a political witch-hunt or being alienated from the seat of power, pointing out that he had attended to about four official issues at his new office, on Tuesday.

Asked about the House of Assembly commencing impeachment processes on him, Olaniyan simply replied: “No comment.”

“I have been in the public service for 28 years, I did not receive a query for one day. So, why should I get a letter informing me that the governor of the state directed this and I will not comply?

“I have not been displaced out of insubordination by the past governors who, by the glory of God, I had the opportunity of working with them. Why should this be an exception? I comply with the directives of constituted authorities.

“According to the constitution, the capacity of a deputy governor is that you are the chairman of the state boundary committee. “Everybody should remain calm. The relocation is not beyond administrative arrangements. Many people can see it beyond that; I don’t see it beyond that

“It is not a witch-hunt.

“This morning, I attended to official issues on this new table. I have treated about four issues with the State Emergency Management Agency (SEMA). My pen doesn’t change; my writing remains.

“I do not feel alienated from the seat of power. 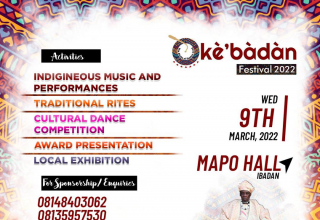 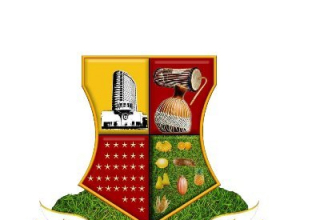