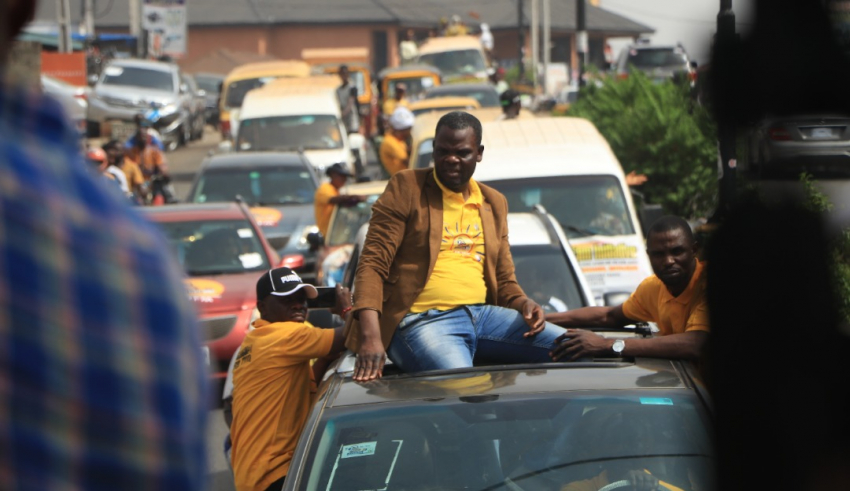 As Agidigbo 88.7 FM, Ibadan continues the weeklong events marking her first anniversary, the radio station has on Tuesday awarded veteran broadcasters across South West Nigeria in appreciation of their efforts and contributions to the noble profession of broadcasting.

The awardees were given plaques which reads ‘Award of Excellence’ alongside a honorarium of N50,000 each.

The chairman of the occasion, Ambassador Yemi Farounbi commended the management of Agidigbo 88.7 FM, Ibadan for the noble initiative noting that it was an opportunity to bond with old friends in the broadcast profession.

The rest of the awardees also appreciated Agidigbo 88.7 FM, Ibadan as many of them described the radio station as first among equals.

While giving his vote of thanks, The chairman of Agidigbo 88.7 FM, Ibadan, Alhaji Oriyomi Hamzat appreciated the ace broadcasters for honouring the station’s invite to appreciate their efforts and contributions of yesteryears to the growth and development of their beloved profession.

Hamzat also urged the veteran broadcasters not to relent in their efforts to continue to ensure the sanctity of the broadcast profession, noting that Agidigbo 88.7 FM is open to their elderly advise every time.

Meanwhile, the chairman of the radio station, Alhaji Oriyomi Hamzat made charitable donations to students of various schools in Ibadan on Tuesday.

While addressing the students, Hamzat advised them to ensure they face their studies and pay adequate attention to their education, noting that it is their key to success in life.

Reacting to what she described as a noble gesture, the principal Methodist Grammar School, Dr (Mrs) Bosede Aibinu commended Agidigbo 88.7 FM, Ibadan and its management for giving back to the society.

Representing the principal, the Vice Principal of Goodwill Grammar School, Orita Aperin thanked the management of Agidigbo 88.7 FM, for choosing the school as one of the schools to which the act of kindness was extended.