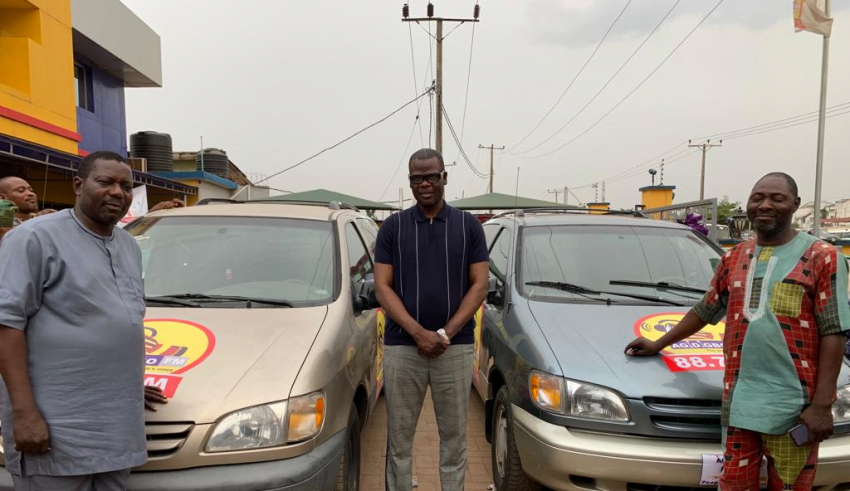 The car gift was presented after a special edition of the station’s flagship newspaper review program, SO KAN WA SPECIAL also known as The People’s Parliament, which was organised as part of the events lined up to mark the ongoing weeklong first anniversary of Agidigbo 88.7 FM.

The program which had in attendance fans and lovers of the radio station from the length and breadth of Ibadan and its environs lasted about three hours before the official presentation of the cars to the analysts.

While speaking during the presentation of the cars, the chairman of Agidigbo 88.7 FM, Alhaji Oriyomi Hamzat said the cars were presented to the analysts and social commentators as the radio station’s way of appreciating their contributions to humanity.

Hamzat also urged the men to continue on the path of shaping public discourse through objective analysis and sincere and truthful commentaries.

While thanking Alhaji Hamzat for the kind gesture, the Speaker of The People’s Parliament, Pastor Segun Ogungbayi noted that although he was surprised by the gesture, it wasn’t unexpected as generosity is a known habit of the ace broadcaster and philanthropist, Oriyomi Hamzat.

Ogungbayi also lauded the management of Agidigbo 88.7FM for staying true to the principles of honesty and integrity at all times.